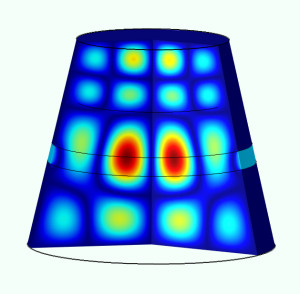 Congratulations to Jack – a Hagerty high school senior mentored by Imad – for earning a number of awards at the regional and state level for his work in microwave propulsion. Jack has been investigating the underlying physical theories of microwave propulsion, in order to produce a more efficient and more powerful propulsion simulation and device.

At the Seminole County Regional Science, Math, and Engineering Fair, Jack won first place in Physics and Astronomy, as well as two special awards from the US Air Force, and Crooms Academy.

With his success at the regional science fair, Jack progressed to the Florida State Science and Engineering Fair, where he earned the Grand Prize/Best in Show award and First Place in Physics and Astronomy. He was also awarded two special awards from the US Air Force and NASA at the state level, and has been nominated to progress to the Intel International Science and Engineering Fair (Intel ISEF), where he will compete with the top 1,700 students in the world.