Raghavan’s group is experienced with capturing high resolution in-situ material response under conditions of large thermal gradients and/or mechanical loads. These tests are conducted in conjunction with transmission X-ray diffraction using the synchrotron source of Argonne National Laboratory [1]. Materials are probed under in-situ conditions to reveal crystal phase composition, transformation and strains with high energies of typically 70-90 keV (Fig 1). These test capabilities allow the team to reproduce and capture quantitative data on material behavior under extreme environments associated with engine and hypersonic operation. Multilayered high temperature materials can be studied to understand the effect of operational conditions on interfaces and strain variations with loads and temperatures. The results help to identify the critical stages and parameters affecting strain evolution in layered materials with goals of contributing towards improving reusability in extreme environments. 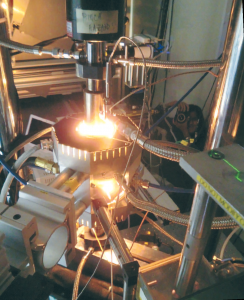 Fig 1: In-situ instrumentation developed at UCF in conjunction with synchrotron testing at Argonne [1] 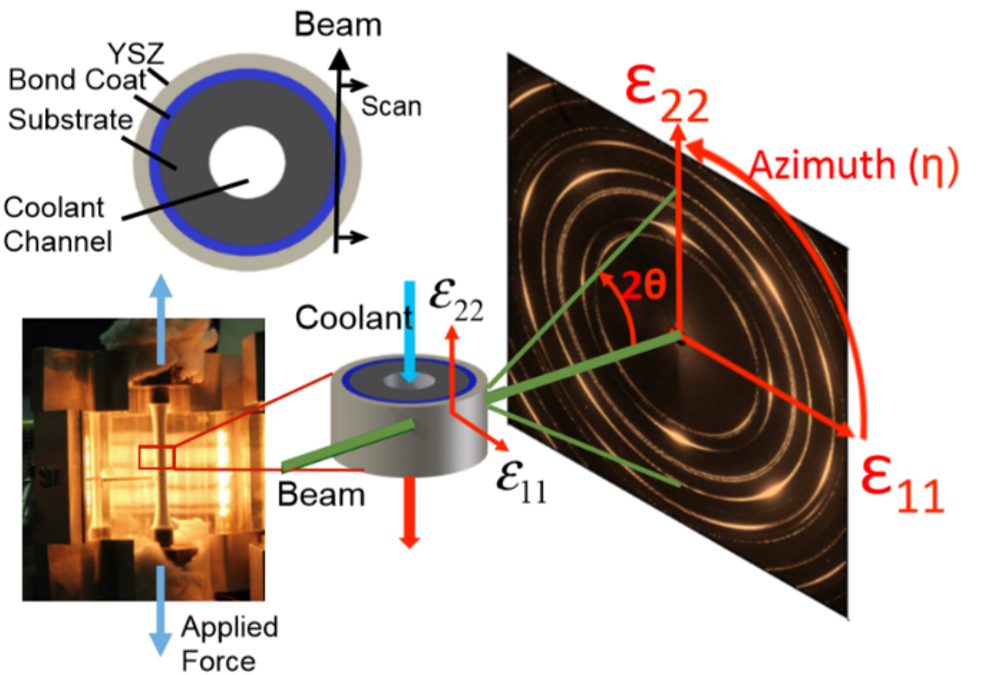 Fig 2: Measurement techniques for the capture of diffraction data at the synchrotron in extreme environments. [2]

In addition, the novel measurement techniques [2] have been developed to capture coating behavior at the microscale resolution, studying oxidation and materials degradation in real time (Fig 2). 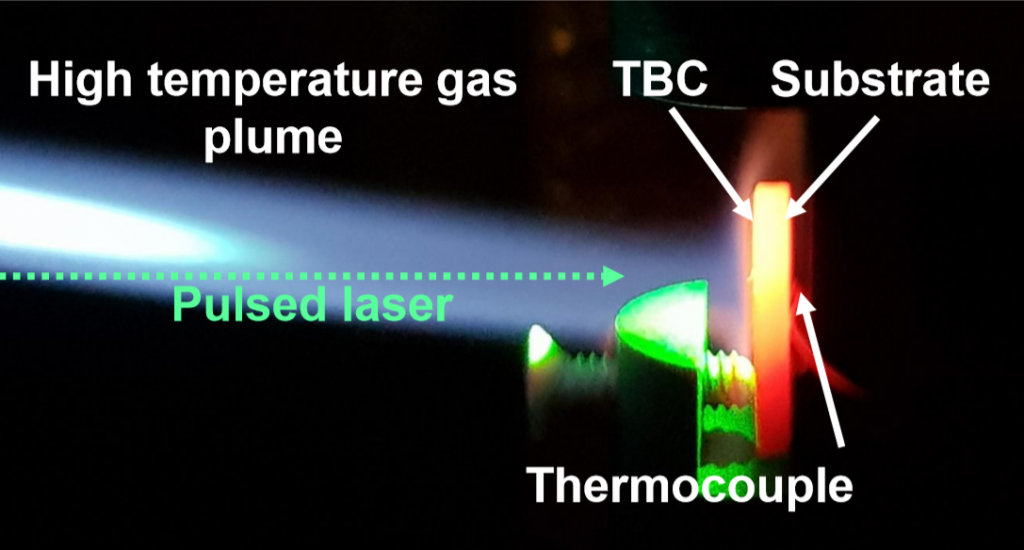 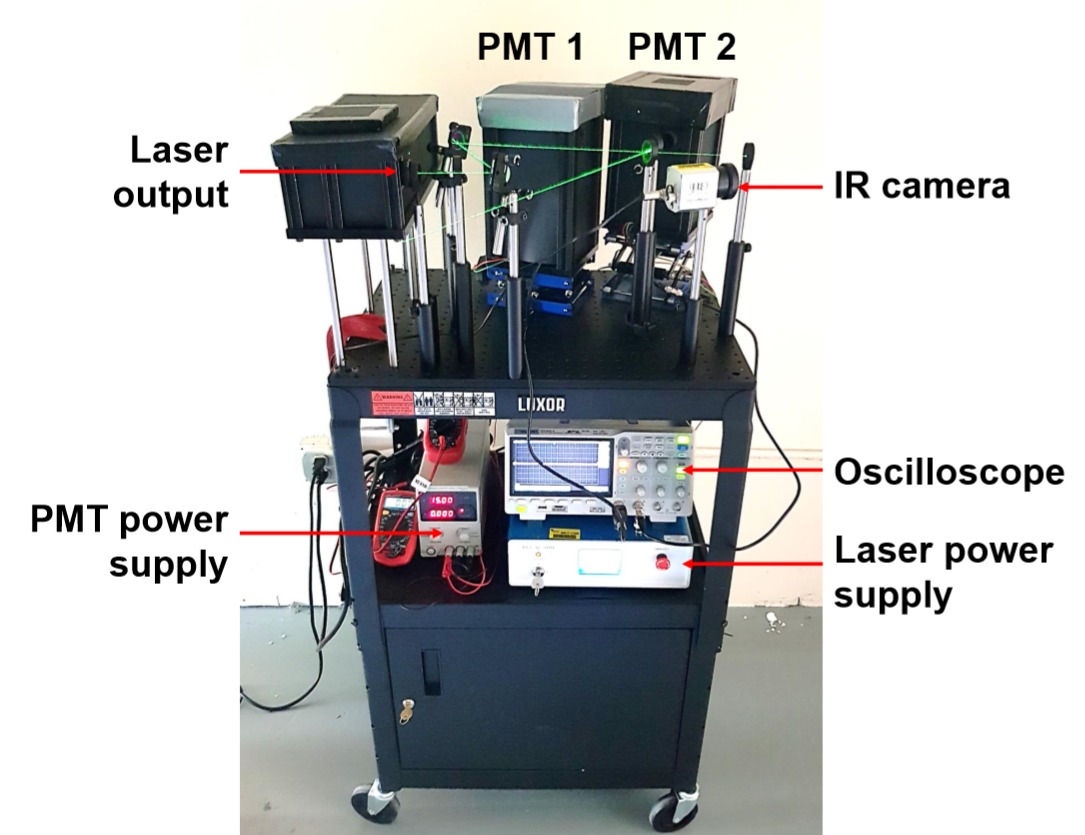 We use a Raman microprobe system (Figure 5), which includes a Renishaw Raman RM-1000 spectrometer with a 532 nm laser source and CCD. The system is capable of performing standard microprobe-based analysis with objective magnifications of 5x to 50x for micron-level studies [6,7]. 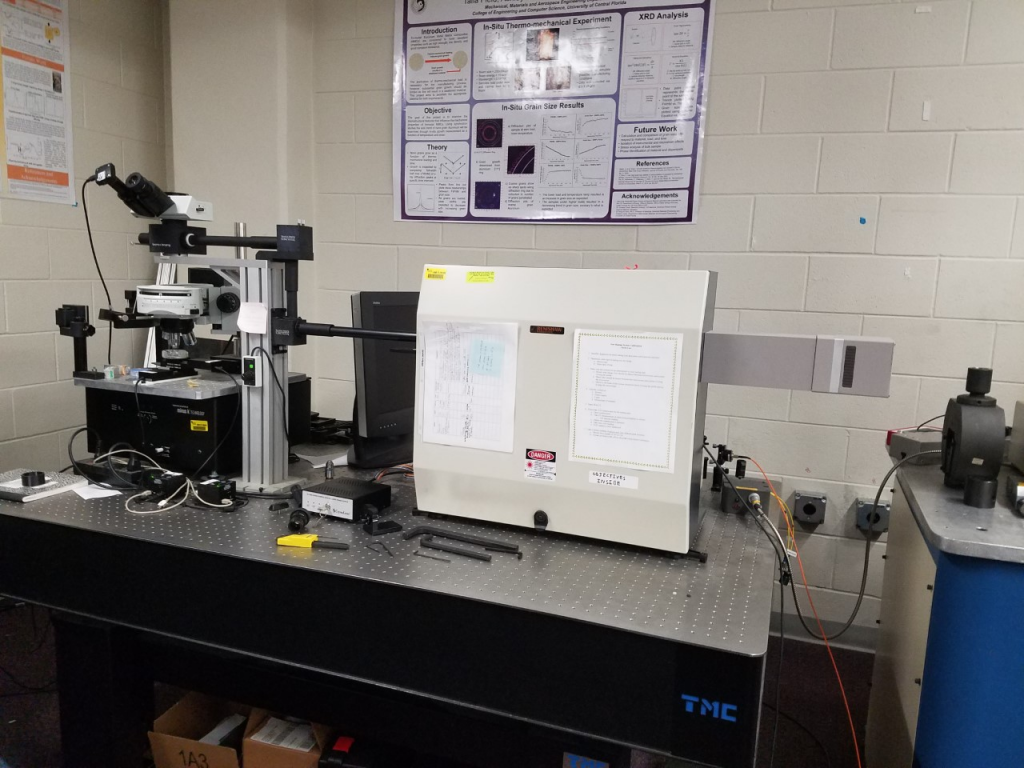 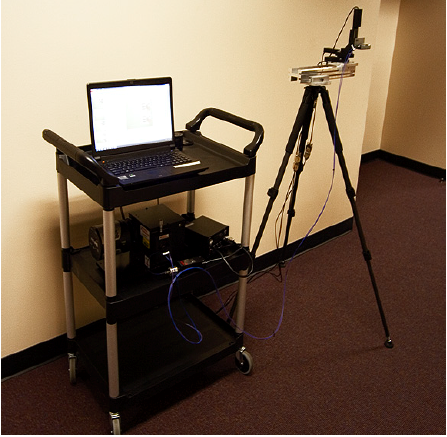 The portable photoluminescence piezospectroscopy (PLPS) system (Figure 6) is capable of taking spectroscopic measurements outside of the microprobe set up [3]. It allows for non-invasive and non-destructive stress detection. This system consists of a spectrograph, CCD, 532 nm variable power laser, and a fiber optic probe that is placed on an x-y-z stage to enable focusing on samples during loading. Key capabilities include automated stress mapping of samples based on Raman/photoluminescence peak positions. Samples are loaded, either in tension or compression, on an electromechanical testing system (Figure 7), which is capable of applying up to 50 kN of load. A hydraulic load frame (Figure 8) is also used and capable of reaching higher loads than traditional MTS systems (up to 100 kN).

Spectroscopy has been applied to studies that involve high temperature effects on aerospace materials and structures. Experiments were performed using IR chamber heaters. The former of the two heaters can reach up to 1300°C, while the latter can reach up to 1600°C. In addition, access opening holes allow mechanical loads while combining synchrotron XRD and optical measurement methods [8,9,10].

High-temperature digital image correlation (DIC) is also one of the options available in our lab (Figure 9) [11]. 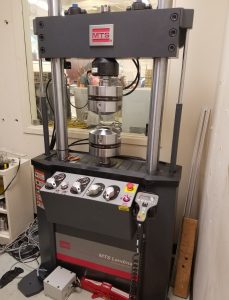 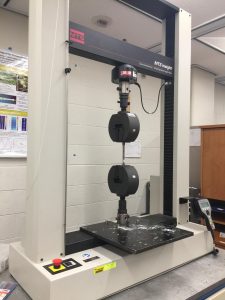 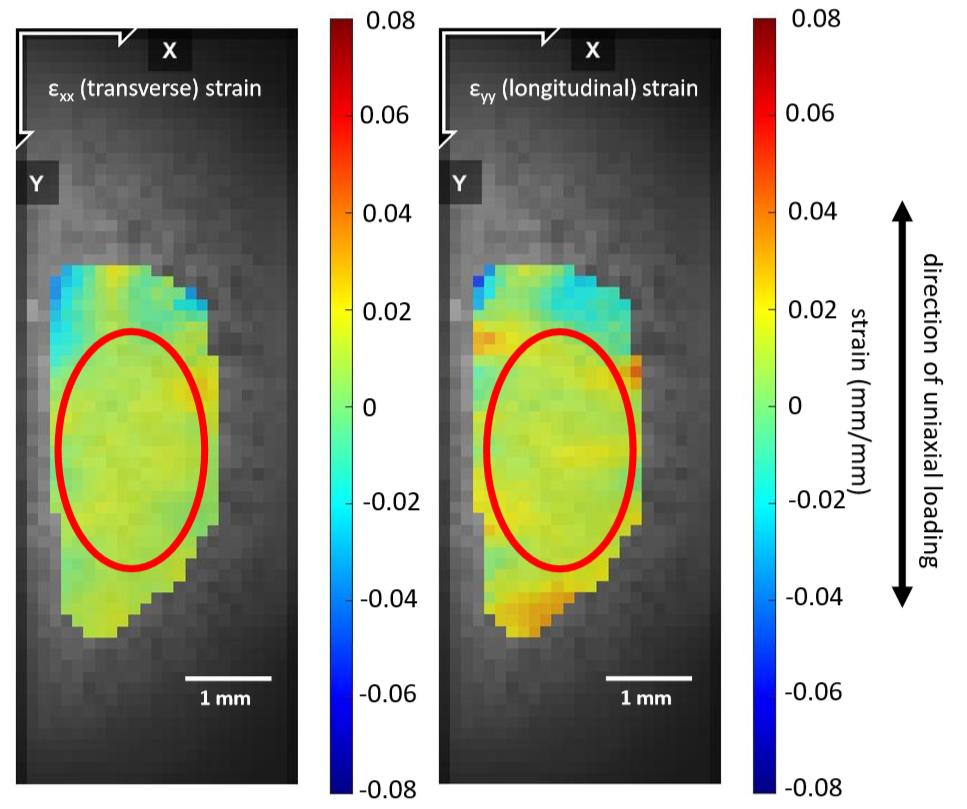 Fig. 9 High-temperature DIC used at the synchrotron beamline to study the thermomechanical behavior of Inconel 718.

The TMSL is a facility where high temperature experimentation, Raman spectroscopy, and mechanical experimentation are done. The facility contains a Hydraulic Material Testing System, shown in Figure 10, where mechanical loading testing such as tensile and compression testing is accomplished. Experimentation involving high temperature ceramics and materials is achieved by this system for space and hypersonic applications. A Renishaw Raman Microprobe System, as shown in Figure 11, is also available which allows for characterization of various thermal barrier coatings for the mitigation of CMAS infiltration. 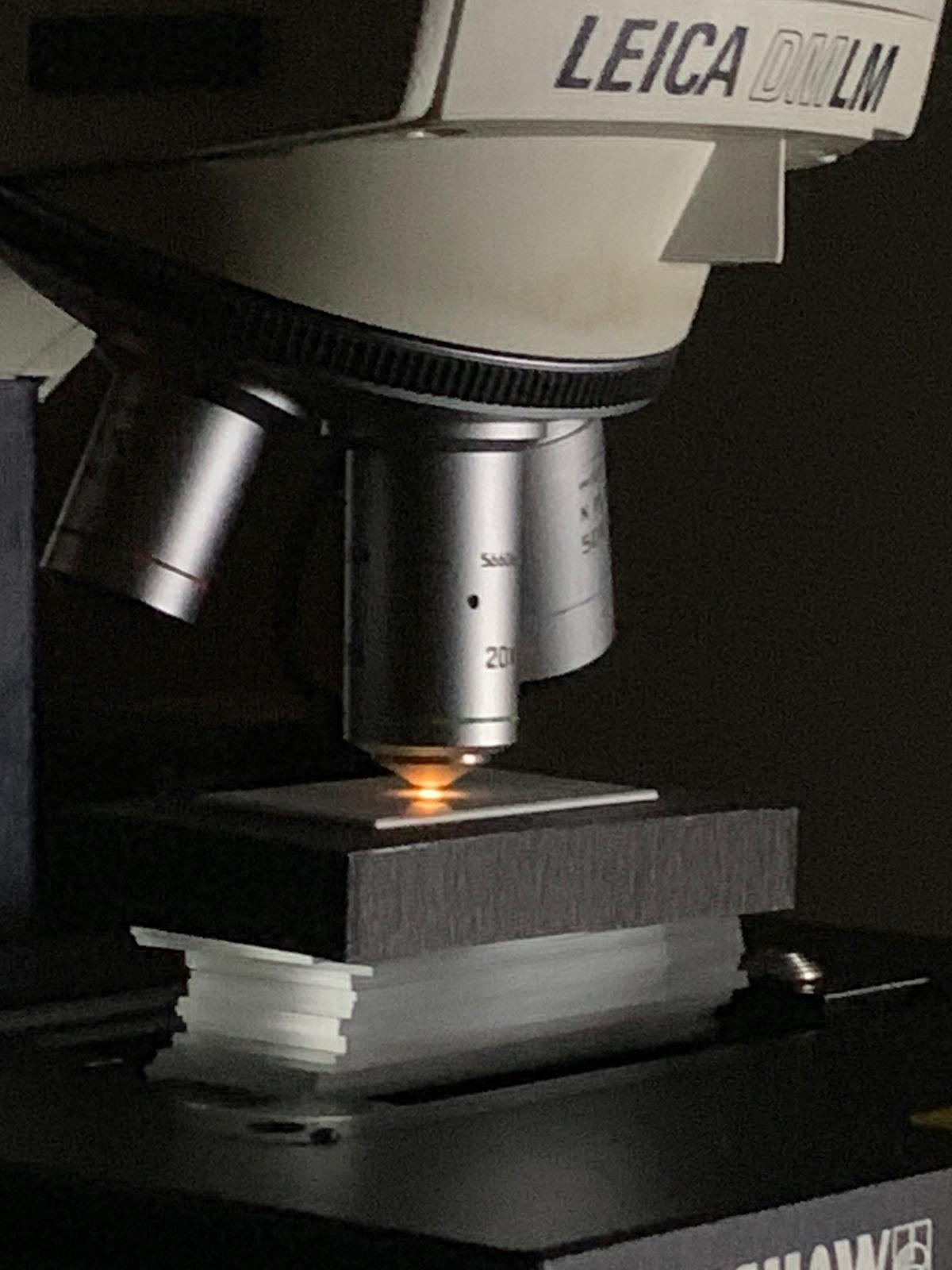 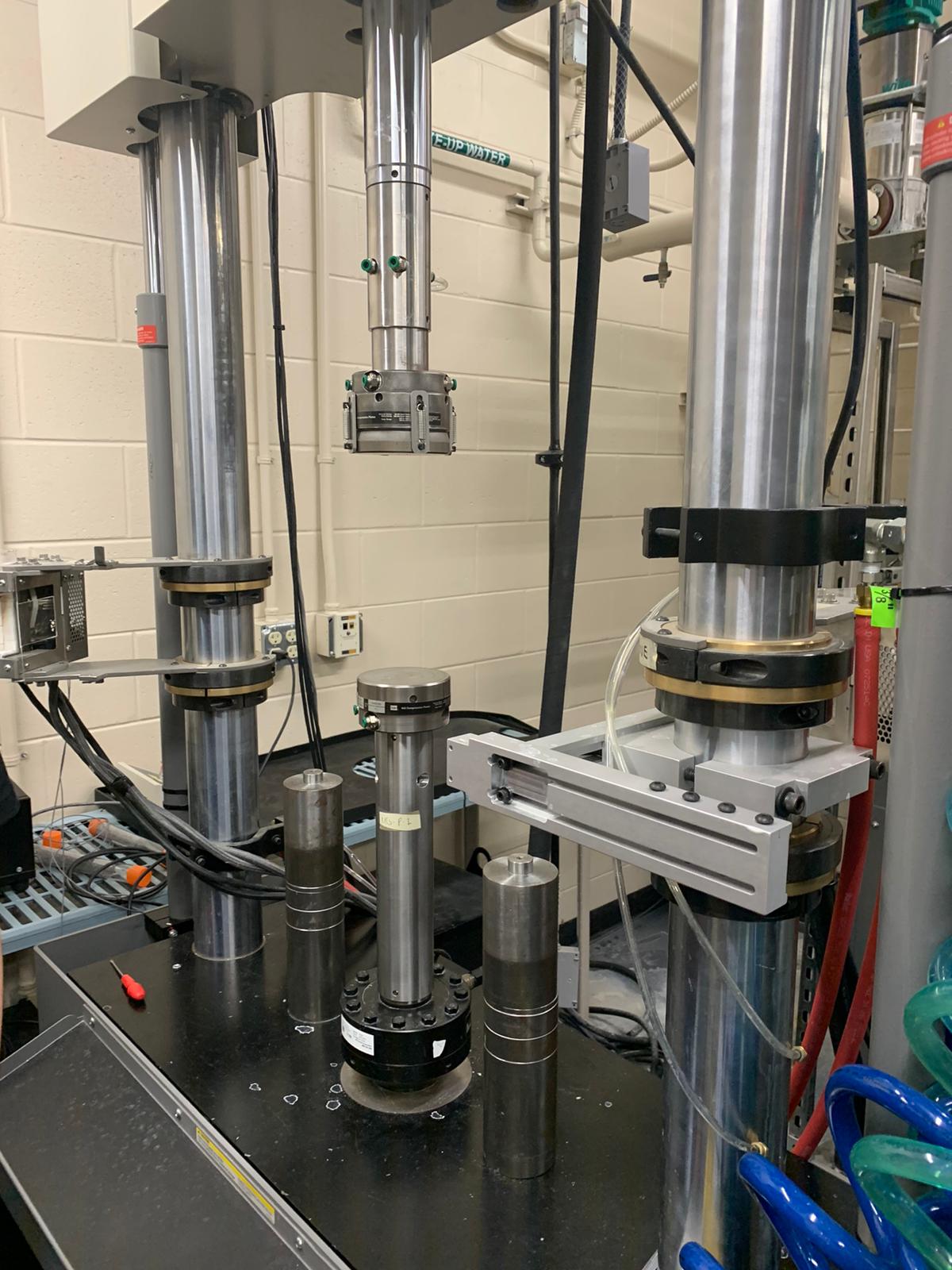