The NASA Florida Space Grant Consortium (FSGC) was formed in 1989, when NASA implemented the national Space Grant College and Fellowship Program. It is a voluntary association of seventeen public and private Florida Universities and colleges led by the University of Central Florida. FSGC supports the expansion and diversification of Florida’s space industry, through providing grants, scholarships, and fellowships to students and educators from Florida’s public and private institutes of higher education. 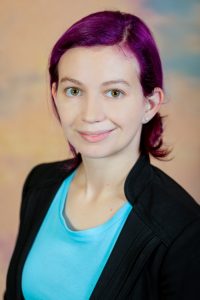 Lin was awarded the FSGC Masters Fellowship for the academic year 2017-2018. The purpose of this program is to award students pursuing research in areas that NASA has identified as critical to their missions for the next ten years, and Lin has been heavily involved in research conducting synchrotron x-ray diffraction studies of additively manufactured superalloys for high-temperature applications. She has also been part of a field team working at Argonne National Laboratory, and spent summer 2017 conducting research in collaboration with the German Aerospace Center (DLR) as part of the IRES program. She is spending her final year conducting research at DLR, supported by a Fulbright award.